From traditional to contemporary, the festival is pleased to welcome a variety of entertainers. See folk dancers performing in traditional costumes,  hear a Polish folk music choir, or enjoy a concert pianist playing Chopin.

Check the Schedule for performance times and location. 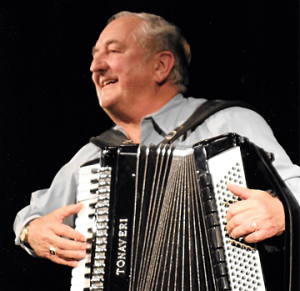 Andy Mirkovich joins us at the festival again this year with his entertaining accordion playing. Sharing his talent and music has always been a passion and joy for Andy. Whether piano or accordion, Andy has the ability to reach each person, touching their heart and soul with a special gift of music they carry away with them. Andy’s musical training began with the study of accordion at age five and on through graduation from Seattle University with a Bachelor of Arts in Music & advanced degree in composition from the University of Washington Graduate School of Music. Andy was the featured performer at the Space Needle Restaurant for II years and has performing experience in radio, television, movies, commercials, recordings, and concerts. He has performed with icons of the entertainment industry. He has played for kings, queens & peoples worldwide, and has been called on to adjudicate and perform at music festivals all over the Pacific Northwest. As founder of Andy Mirkovich Productions, he developed and brought the best of talent to the public, corporate, and private event industry in the Northwest. 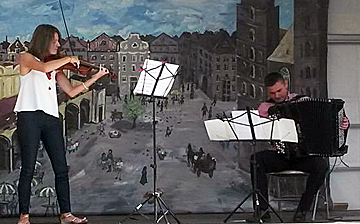 Karpaty Dance Ensemble is Polish folk dance group based in Salt Lake City, Utah. The group was founded in 2015 under the direction of Maciej Smusz and performs at events all over Utah and neighboring states. Karpaty has over forty members and three dancing groups with an extensive repertoire from all over Poland including songs and dances from Łowicz, Kaszuby, Spisz, Cieszyn, Żywiec, Lublin, and more.

KNIFE IN THE WATER
Seattle, WA

Polish Festival Seattle is pleased to welcome Knife in the Water to add some jazz to our Vodka Tasting sessions! This trio is formed by professional Seattle musicians Paul Gabrielson on bass; Matt Williams on piano; and John Bishop on drums. They will be playing a variety of tunes, including music by Polish jazz artists such as Kristof Komeda. 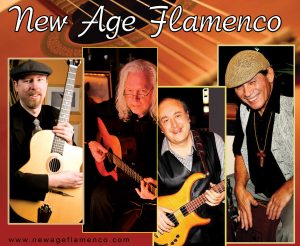 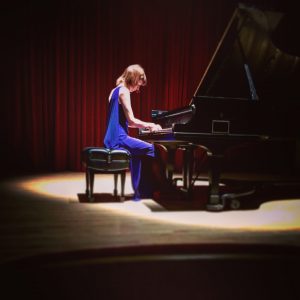 French-born pianist Laure Struber has been playing the piano since the age of 3 years old. She came to the United States as a Fulbright Scholar in 2010 to study at the San Francisco Conservatory of Music. She moved to Seattle in 2014, and was the lead Teaching Assistant for the University of Washington School of Music Secondary Piano Program for three years. Most recently, she earned her Doctorate of Musical Arts in Piano Performance from UW. Her thesis focused on a modern examination of the works of Marie Jaëll, a 19th Century scientist-musician who spent decades studying neurology, hand physiology, and how these studies interacted with musical and artistic development. Since the age of 15, Dr. Laure Struber has performed widely throughout Europe and in the United States as a soloist and chamber musician, and performed for prestigious ensembles such as the Strasbourg Philharmonic Orchestra, Inverted Space Ensemble, the Seattle Philharmonic Orchestra and String Orchestra, and the Harry Partch Ensemble. She has received numerous awards, including a France-Fulbright Alumni Distinction, a Marina Grin Award, and a Soroptimist Prize. She also won the UW Concerto Competition in 2015, performing the Chopin e minor Concerto. Dr. Laure Struber is also very involved as a music educator, and has taught students of all skill levels for more than a decade in France and in the United States. Determined to bring music to everyone, she created workshops for children with learning difficulties and disadvantaged social backgrounds. She currently teaches a studio of 20 students in the Seattle area.

Dr. Laure Struber is delighted to perform Chopin at the Polish Festival for the second year in a row, as Chopin’s music perfectly captures the soul of Poland. 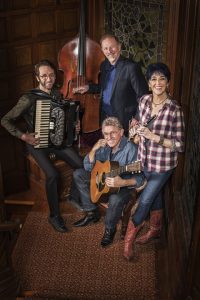 San Francisco, CA
The Nell & Jim Band bring together genre-busting artists and joyful and original roots music. Nell Robinson has been described as one of the freshest voices in roots music. Jim Nunally is a San Francisco Bay Area-native, a musician, composer, record producer, and teacher. Jim joins master American guitarists Doc Watson and Tony Rice as one of the finest interpreters and performers of bluegrass and traditional music. Jim Kerwin is considered simply one of the best string bass players in the country. Playing with David Grisman for over 30 years, he is featured on all of Grisman’s Jerry Garcia recordings. Alex Aspinall is a versatile, gifted drummer/percussionist who has been performing in the San Francisco Bay Area for 24 years. Renowned San Francisco musician and accordion player Rob Reich joined the band in 2017 and is best known for his work with Tin Hat, Gaucho, and Circus Bella. This is truly an all-star band! 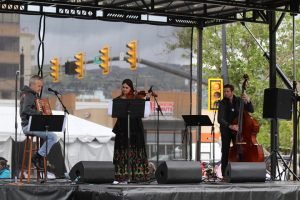 Tekla Klebetnica (meaning “country gossip-girl” in Cieszyń dialect) is a band from Ustroń, Poland.  They perform folk music from the Carpathian mountain range, often adding Balkan elements. Their combination of traditional folklore and elements of Gypsy, classical, and jazz music transports audiences to a different world. Their arrangements are full of color, joy, sadness, and adventure with a great dose of energy and virtuosity. Each member of Tekla Klebetnica represents a different region of folklore. They complement each other as they create a one-of-a-kind sound combining the violin, accordion, double-bass, and the Hungarian cimbalom.

Tekla Klebetnica started to play as a band in 2006 and regularly cooperates with various musicians and professional dancers. 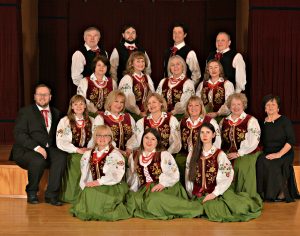 The Polish choir “Vivat Musica!” was established in March of 2004 at the Polish Cultural Center in Seattle. Since then, they have performed in more than 150 concerts across the United States, Canada and Poland. They have been performing at Polish Festival Seattle since 2012! This year, they will present a medley of traditional Polish songs. Typically, their repertoire includes patriotic and folk songs, sacral church compositions, classical choir arrangements and Christmas concerts. Gerrit Scheepers is Vivat Musica music director, Maria Grabowska serves as music consultant/ piano accompanist, and Barbara Niesulowski serves as the choir manager. Currently, they have 20 members and are always looking for new members to join their group. “Vivat Musica!” invites everyone who likes to sing to join their group at the Polish Cultural Center in Seattle every Wednesday at 7:30 (September to the first week of July.) 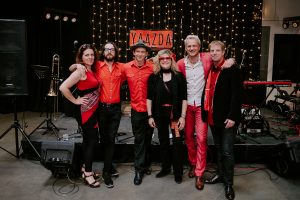 Yaazda! Is the Northwest’s premier Polish music experience! The band was formed in 2015 in Portland, OR to perform at the Portland Polish Festival. Since then, Yaazda has continued headlining festivals in Seattle, Portland and Vancouver, BC and performing in venues across the Pacific Northwest.

Yaazda delivers a modern, upbeat Polish music that spans generations.  Polish rock hits, mixed with traditional Polish songs, spiced up by Balkan, Ukrainian, Slavic and Klezmer rhythms with a sassy dash of Ska will make you dance!  You will hear best songs of the iconic polish bands like Lady Pank, Dzem, Kult, T-love and more.

Vocalist/Guitarist Krzysztof Bujak is a founding member of Yaazda. He grew up in Gdynia, Poland singing and playing the music you will hear at Yaazda’s shows. It’s in his heart and soul! Bassist/Vocalist and founding member Michael Erbe grew up in Milwaukee, Wisconsin with strong Polish heritage and community. He has been performing in bands for over 25 years. Accordionist/Vocalist Darka Dusty born to Ukrainian family in the US has performed around Ukraine, Europe and the USA for many years as a powerful lead vocalist, keyboardist, and accordion player. Drummer Dave Owen brings myriad experience performing in many bands in Portland, Oregon and around the Northwest. Yaazda also features a fantastic horn section bringing a bright touch on top of the core music you will love.

For the true Polish experience, come out and see Yaazda! 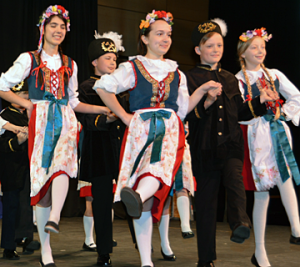 Young Polanie is a Polish dance and theatre group founded and directed by Barbara Strutynska at the Polish Cultural Center in Seattle. For over 45 years she has trained several generations of young performers and managed the group from its inception. Young Polanie will perform two traditional Polish dances: Trojak, a Silesian dance and Krakowiak with a May pole and traditional Lajkonik (hobby horse).